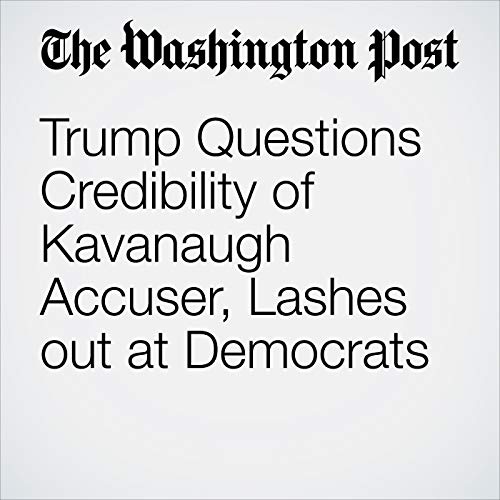 President Trump on Friday pointedly questioned the credibility of the woman who has accused Judge Brett M. Kavanaugh of sexual assault when they were teenagers, contending that she or her parents would have reported the attack to law enforcement at the time if it were as bad as she has said.

"Trump Questions Credibility of Kavanaugh Accuser, Lashes out at Democrats" is from the September 21, 2018 Politics section of The Washington Post. It was written by John Wagner and Seung Min Kim and narrated by Jenny Hoops.