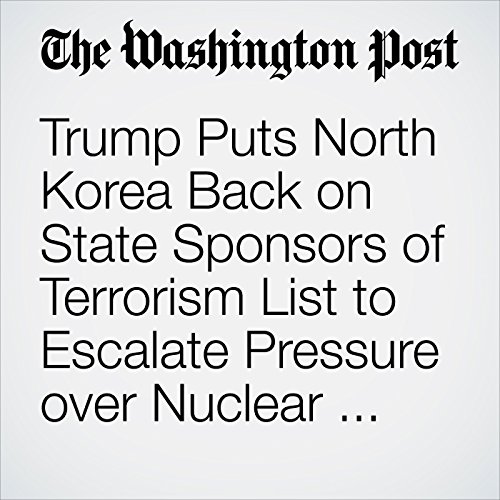 President Trump on Monday announced that his administration has re-designated North Korea as a state sponsor of terror, a move aimed at increasing pressure on Pyongyang nearly a decade after the George W. Bush administration removed the rogue nation from the list.

"Trump Puts North Korea Back on State Sponsors of Terrorism List to Escalate Pressure over Nuclear Weapons" is from the November 20, 2017 Post Politics section of The Washington Post. It was written by David Nakamura and narrated by Sam Scholl.