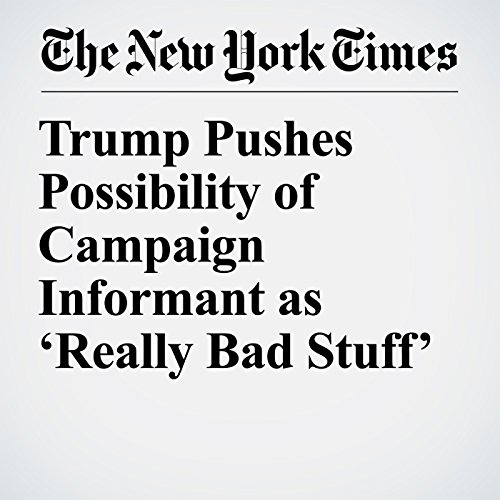 President Donald Trump ramped up pressure against the Justice Department on Friday, raising concerns about the possibility of a government informant inside his presidential campaign and saying “if true” it is the “all time biggest political scandal!”

"Trump Pushes Possibility of Campaign Informant as ‘Really Bad Stuff’" is from the May 18, 2018 U.S. section of The New York Times. It was written by Eileen Sullivan and narrated by Mike DelGaudio.