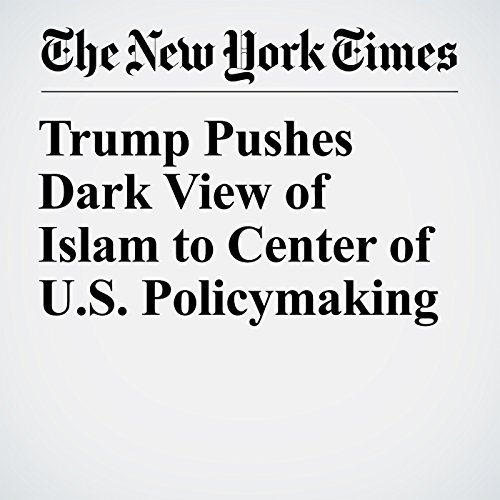 Those espousing such views present Islam as an inherently hostile ideology whose adherents are enemies of Christianity and Judaism and seek to conquer nonbelievers either by violence or through a sort of stealthy brainwashing.

"Trump Pushes Dark View of Islam to Center of U.S. Policymaking" is from the February 01, 2017 U.S. section of The New York Times. It was written by Scott Shane, Matthew Rosenberg and Eric Lipton and narrated by Caroline Miller.