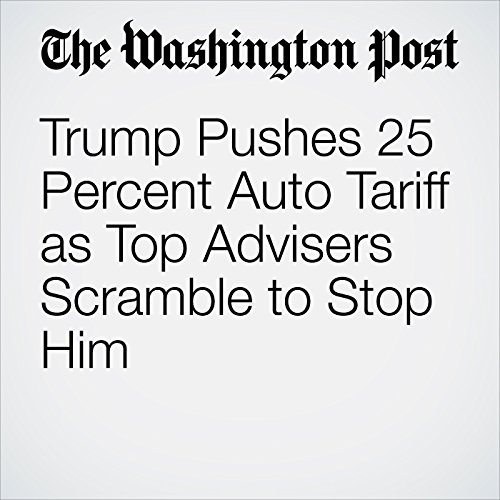 "Trump Pushes 25 Percent Auto Tariff as Top Advisers Scramble to Stop Him" is from the July 25, 2018 Business section of The Washington Post. It was written by Damian Paletta and narrated by Sam Scholl.