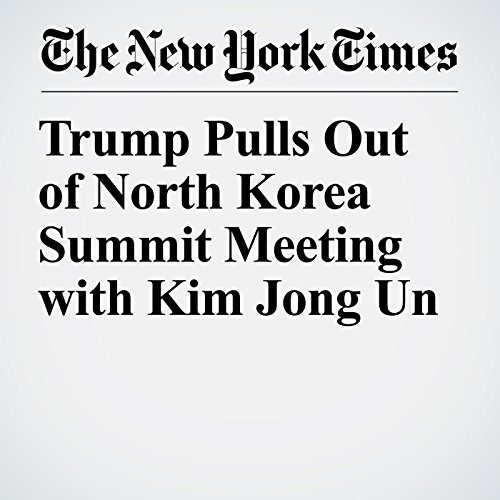 President Donald Trump has notified Kim Jong Un, the North Korean leader, that he has canceled their much-anticipated meeting to discuss steps toward denuclearization and peace because of recent “tremendous anger and open hostility” by Pyongyang toward members of his administration.

"Trump Pulls Out of North Korea Summit Meeting with Kim Jong Un" is from the May 24, 2018 U.S. section of The New York Times. It was written by Eileen Sullivan and narrated by Keith Sellon-Wright.