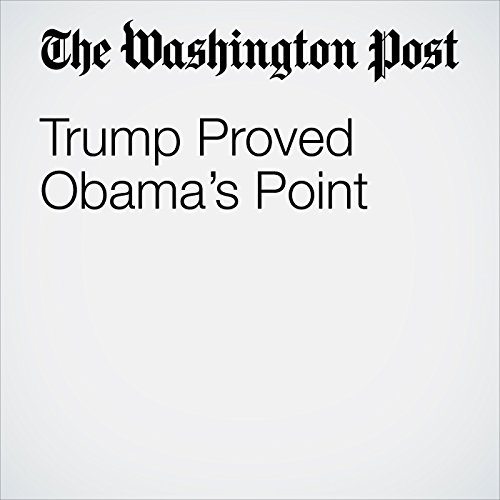 Let it be said that the word “allegations” is key. A lot of what has been released has not been verified. It could turn out to be a mixture of truth and enough that’s not true to allow Trump to push it all aside, as he did at his news conference Wednesday. “It’s all fake news,” he said. “It’s phony stuff. It didn’t happen.”

"Trump Proved Obama’s Point" is from the January 11, 2017 Opinion section of The Washington Post. It was written by E.J. Dionne Jr. and narrated by Sam Scholl.