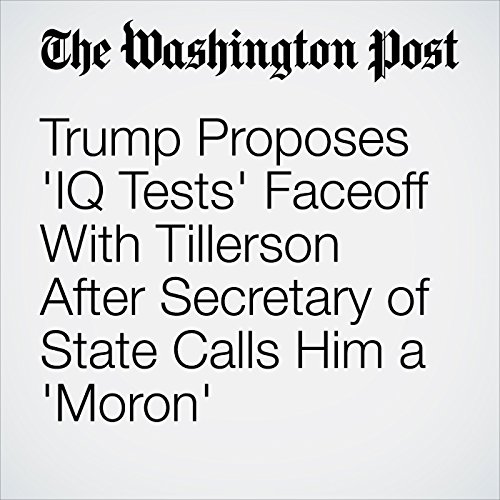 President Trump proposed an “IQ tests” faceoff with Secretary of State Rex Tillerson after the nation's top diplomat reportedly called the president a “moron” and disparaged his grasp on foreign policy.

"Trump Proposes 'IQ Tests' Faceoff With Tillerson After Secretary of State Calls Him a 'Moron'" is from the October 10, 2017 Politics section of The Washington Post. It was written by Philip Rucker and narrated by Sam Scholl.