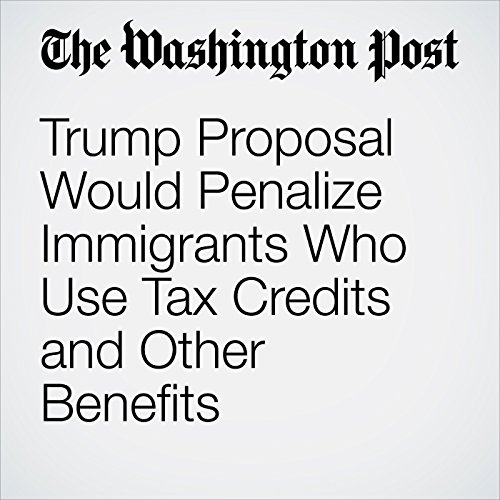 Immigrants who accept almost any form of welfare or public benefit, even popular tax deductions, could be denied legal U.S. residency under a proposal awaiting approval by the Trump administration, which is seeking to reduce the number of foreigners living in the United States.

"Trump Proposal Would Penalize Immigrants Who Use Tax Credits and Other Benefits" is from the March 28, 2018 National section of The Washington Post. It was written by Nick Miroff and narrated by Sam Scholl.