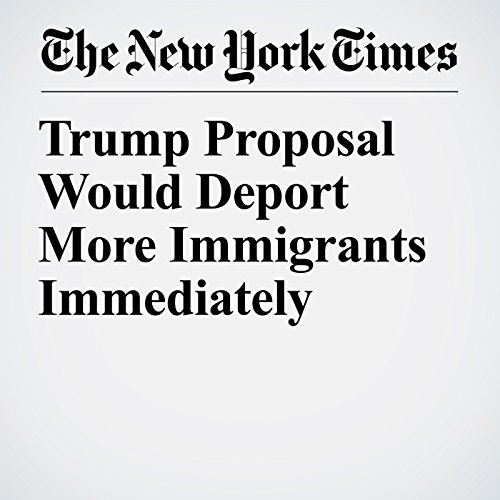 Federal authorities would be empowered to immediately deport vastly more unauthorized immigrants as part of a broad crackdown being developed by the Trump administration that would significantly change the way federal agencies enforce immigration laws.

"Trump Proposal Would Deport More Immigrants Immediately" is from the February 19, 2017 U.S. section of The New York Times. It was written by Peter Baker and Ron Nixon and narrated by Kristi Burns.