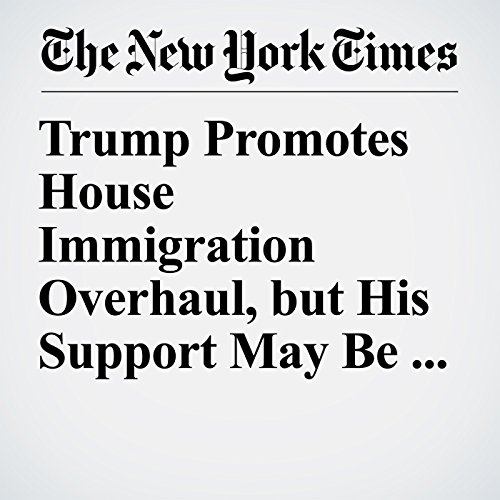 Trump Promotes House Immigration Overhaul, but His Support May Be Too Late

With Republican support flagging, President Donald Trump took to Twitter on Wednesday and implored the House — in all capital letters — to pass immigration legislation that would toughen border security, fund his wall and offer a path to citizenship for young immigrants in the country illegally known as Dreamers.

"Trump Promotes House Immigration Overhaul, but His Support May Be Too Late" is from the June 27, 2018 U.S. section of The New York Times. It was written by Thomas Kaplan and narrated by Keith Sellon-Wright.