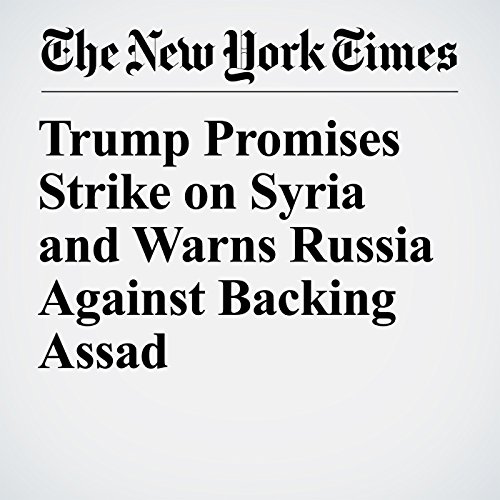 President Donald Trump put Syria and Russia on notice Wednesday morning in a Twitter post, promising that missiles fired at Syria “will be coming, nice and new and ‘smart!'” and telling the Kremlin that it should not partner with a “Gas Killing Animal who kills his people and enjoys it!” After the threat, the president said in a separate tweet that relations between the United States and Russia are worse than ever.

"Trump Promises Strike on Syria and Warns Russia Against Backing Assad" is from the April 11, 2018 U.S. section of The New York Times. It was written by Eileen Sullivan and Michael D. Shear and narrated by Kristi Burns.