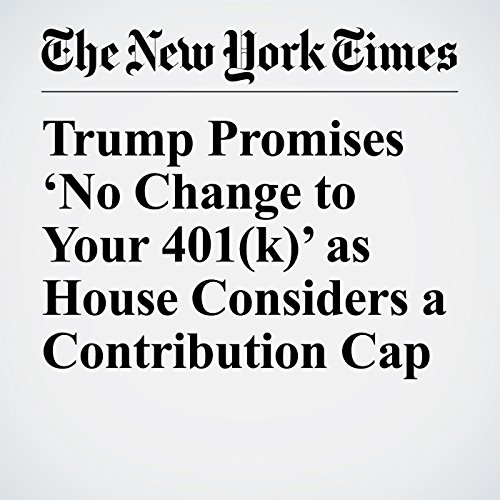 President Donald Trump said early Monday that his proposed tax plan would not prompt any changes to Americans’ tax-deferred retirement plans, pushing back against reports that the Republicans are weighing a proposal that would significantly reduce the income workers can save in these popular programs.

"Trump Promises ‘No Change to Your 401(k)’ as House Considers a Contribution Cap" is from the October 23, 2017 U.S. section of The New York Times. It was written by Eileen Sullivan and narrated by Keith Sellon-Wright.