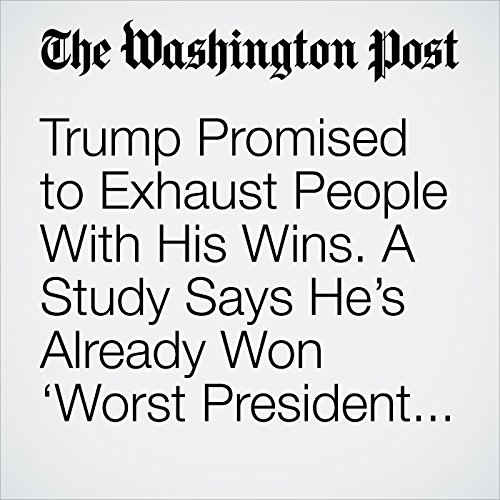 There are four presidents worse than Donald Trump. One, Andrew Johnson, was impeached. Two, Franklin Pierce and James Buchanan, helped set the course for what became the Civil War. And the fourth, William Henry Harrison, died just a bit more than a month into office.

"Trump Promised to Exhaust People With His Wins. A Study Says He’s Already Won ‘Worst President Ever.’" is from the February 20, 2018 Politics section of The Washington Post. It was written by Aaron Blake and narrated by Sam Scholl.