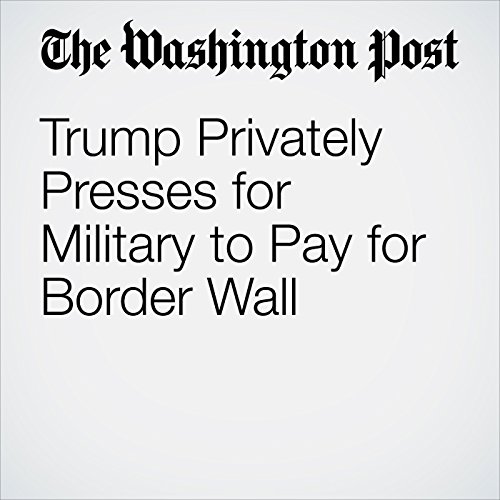 President Trump frequently said Mexico would pay for a wall along the southern border as he sought the presidency in 2016. Now, he is privately pushing the U.S. military to fund construction of his signature project.

"Trump Privately Presses for Military to Pay for Border Wall" is from the March 27, 2018 Politics section of The Washington Post. It was written by Josh Dawsey and Mike DeBonis and narrated by Sam Scholl.