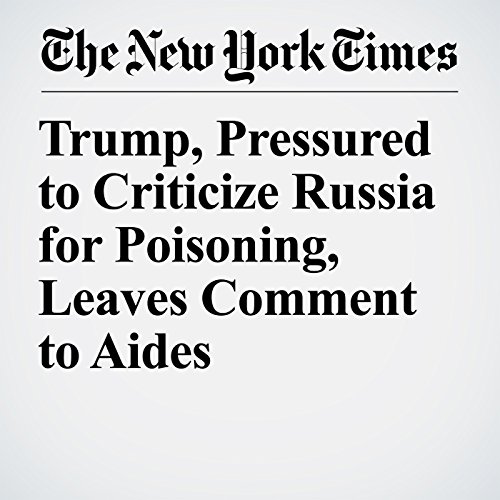 Britain’s tough response in holding Russia responsible for a poisoning attack on its soil increased the pressure on President Donald Trump to join with a NATO ally in taking action, even as he has been reluctant to retaliate for Moscow’s intervention in the 2016 election in the United States.

"Trump, Pressured to Criticize Russia for Poisoning, Leaves Comment to Aides" is from the March 14, 2018 World section of The New York Times. It was written by Peter Baker and narrated by Barbara Benjamin-Creel.