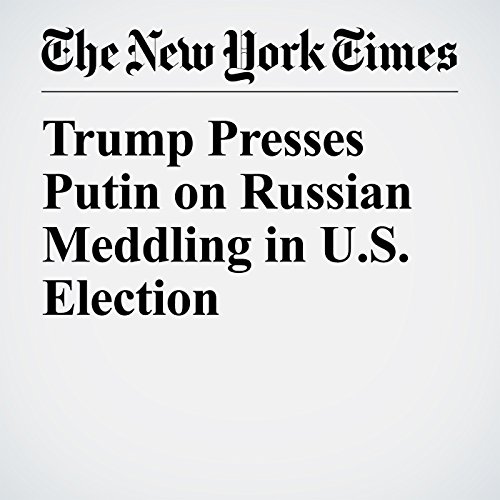 In a major shift, President Donald Trump pressed President Vladimir Putin of Russia on his country’s meddling in the 2016 election, Secretary of State Rex Tillerson told reporters after a long meeting between the two leaders at the Group of 20 summit Friday.

"Trump Presses Putin on Russian Meddling in U.S. Election" is from the July 07, 2017 World section of The New York Times. It was written by Julie Hirschfeld Davis and Glenn Thrush and narrated by Fleet Cooper.