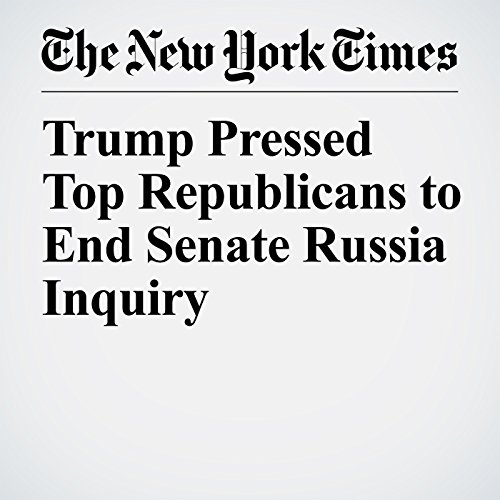 President Donald Trump over the summer repeatedly urged senior Senate Republicans, including the chairman of the Senate Intelligence Committee, to end the panel’s investigation into Russia’s interference in the 2016 election, according to a half-dozen lawmakers and aides. The requests were a highly unusual intervention from a president into a legislative inquiry involving his family and close aides.

"Trump Pressed Top Republicans to End Senate Russia Inquiry" is from the November 30, 2017 U.S. section of The New York Times. It was written by Jonathan Martin, Maggie Haberman and Alexander Burns and narrated by Mike DelGaudio.