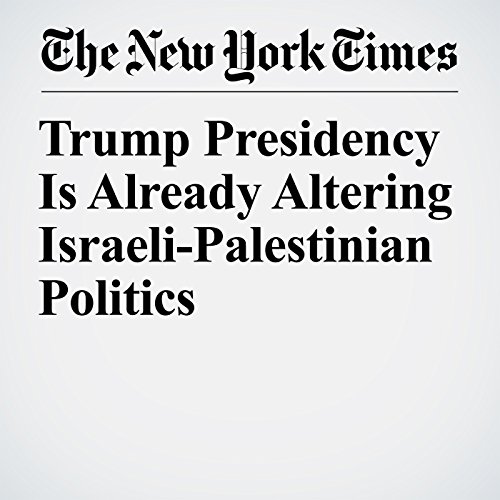 Just two days old, the presidency of Donald Trump is already reshaping the politics between Israelis and Palestinians, on issues from the location of the U.S. Embassy to possible annexation of a major settlement bloc to whether Palestinians are on the edge of a renewed revolt.

"Trump Presidency Is Already Altering Israeli-Palestinian Politics" is from the January 22, 2017 World section of The New York Times. It was written by Ian Fisher and narrated by Keith Sellon-Wright.