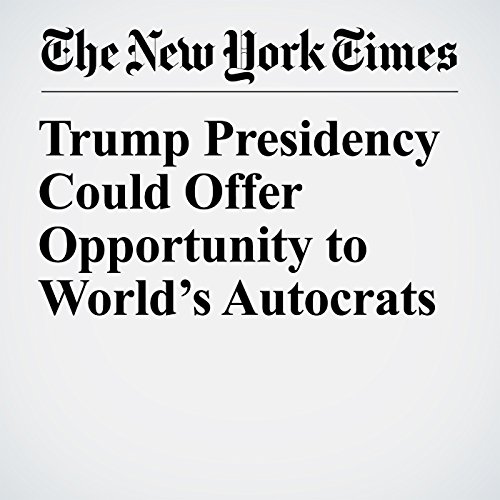 Kim Jong Un might seem an unlikely player in the global jockeying to get on the new U.S. president’s good side, given the North Korean leader’s implied threats as recently as New Year’s Day to launch nuclear missiles at the United States.

"Trump Presidency Could Offer Opportunity to World’s Autocrats" is from the February 01, 2017 World section of The New York Times. It was written by Rod Nordland and narrated by Kristi Burns.