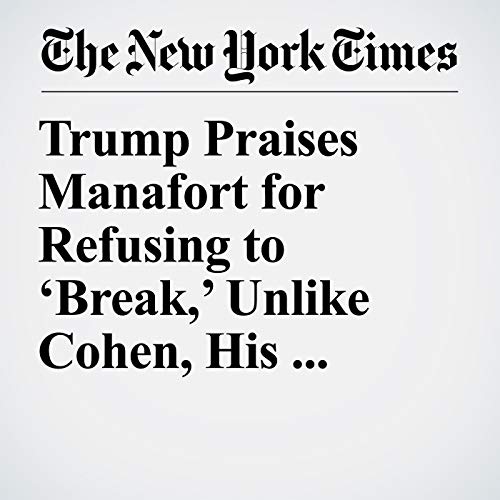 President Donald Trump on Wednesday praised his former campaign chairman who was just convicted of defrauding the federal government and accused his longtime personal attorney of breaking under legal pressure.

"Trump Praises Manafort for Refusing to ‘Break,’ Unlike Cohen, His Former Fixer" is from the August 22, 2018 U.S. section of The New York Times. It was written by Eileen Sullivan and narrated by Keith Sellon-Wright.