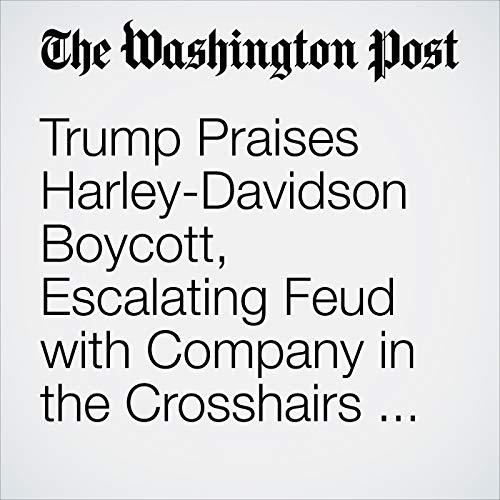 President Trump on Sunday leveraged the office of the president of the United States against a private American company for seeking to insulate itself from his trade war.

"Trump Praises Harley-Davidson Boycott, Escalating Feud with Company in the Crosshairs of His Trade War" is from the August 13, 2018 National section of The Washington Post. It was written by Isaac Stanley-Becker and narrated by Sam Scholl.