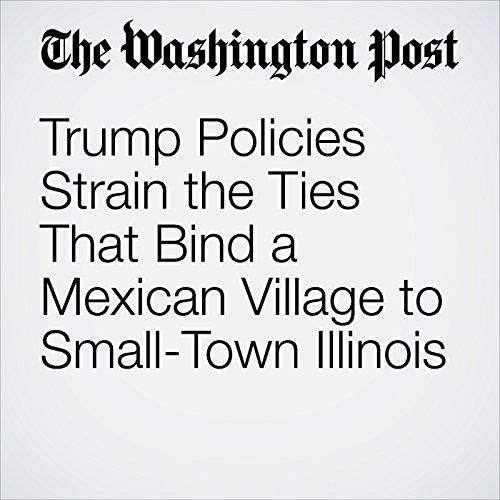 For decades, the defining aspiration in this town tucked in the hills two hours southwest of Mexico City has been to leave for the United States, particularly for Waukegan, Ill., a suburb north of Chicago. About 6,000 people from Tonatico live in Waukegan, about half as many people as remain in their home town.

"Trump Policies Strain the Ties That Bind a Mexican Village to Small-Town Illinois" is from the February 04, 2017 World section of The Washington Post. It was written by Joshua Partlow and Kari Lydersen and narrated by Jill Melancon.