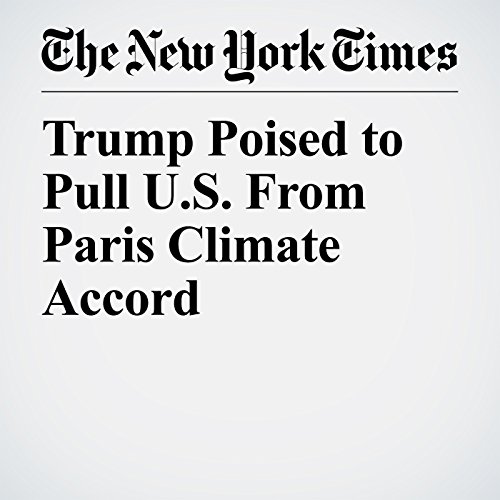 President Donald Trump is expected to withdraw the United States from the Paris climate agreement, three officials with knowledge of the decision said, making good on a campaign pledge but severely weakening the landmark 2015 climate change accord that committed nearly every nation to take action to curb the warming of the planet.

"Trump Poised to Pull U.S. From Paris Climate Accord" is from the May 31, 2017 World section of The New York Times. It was written by Michael D. Shear and Coral Davenport and narrated by Kristi Burns.