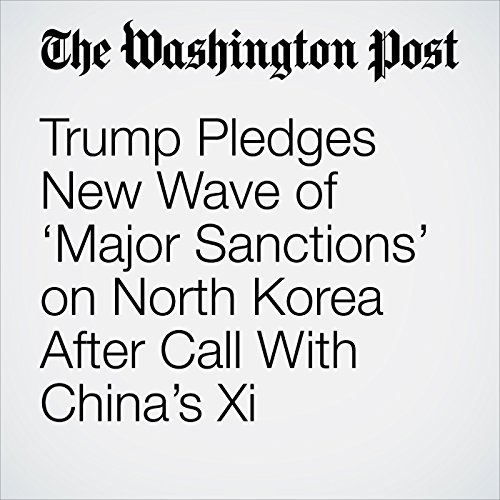 President Trump pledged Wednesday that “additional major sanctions” would be imposed on North Korea after Pyongyang's latest intercontinental missile test. Beijing’s backing is needed for any additional economic pressures on the regime of Kim Jong In, and it was unclear how far China could go in applying new sanctions.

"Trump Pledges New Wave of ‘Major Sanctions’ on North Korea After Call With China’s Xi" is from the November 29, 2017 World section of The Washington Post. It was written by Simon Denyer and narrated by Sam Scholl.