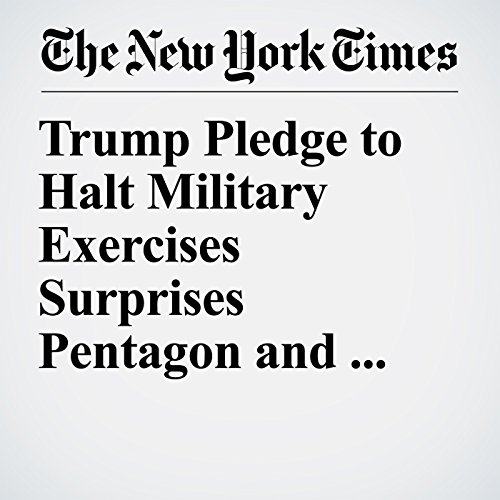 President Donald Trump’s pledge Tuesday to cancel military exercises on the Korean Peninsula surprised not only allies in South Korea but also the Pentagon.

"Trump Pledge to Halt Military Exercises Surprises Pentagon and Seoul" is from the June 12, 2018 U.S. section of The New York Times. It was written by Eric Schmitt and narrated by Kristi Burns.