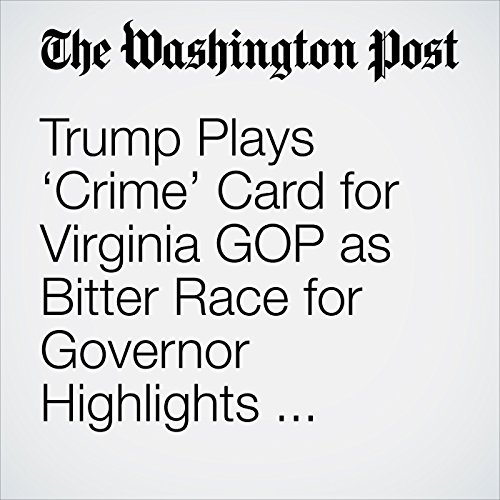 President Trump weighed in on Virginia’s hotly contested race for governor Tuesday, underscoring the importance of an election seen as a test of his popularity and its possible effect on state-level politics nationwide.

"Trump Plays ‘Crime’ Card for Virginia GOP as Bitter Race for Governor Highlights Political Rifts" is from the November 07, 2017 Politics section of The Washington Post. It was written by Rachel Weiner and Fenit Nirappil and narrated by Sam Scholl.