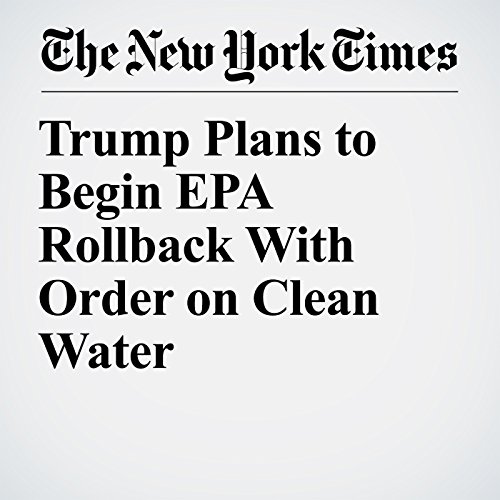 President Donald Trump was expected to sign an executive order Tuesday aimed at rolling back one of former President Barack Obama’s major environmental regulations to protect U.S. waterways, according to two people familiar with the White House plans, but it will have almost no immediate legal effect.

"Trump Plans to Begin EPA Rollback With Order on Clean Water" is from the February 28, 2017 U.S. section of The New York Times. It was written by Coral Davenport and narrated by Fleet Cooper.