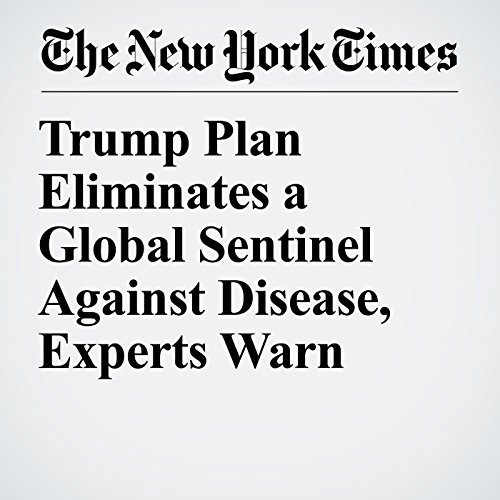 Nobody in the United States has ever died from an intercontinental missile strike. Over the past 50 years, hundreds of billions of dollars have been spent on silos, submarines, bombers and satellites to ensure that does not happen.

"Trump Plan Eliminates a Global Sentinel Against Disease, Experts Warn" is from the March 20, 2017 Health section of The New York Times. It was written by Donald G. Mcneil Jr. and narrated by Keith Sellon-Wright.