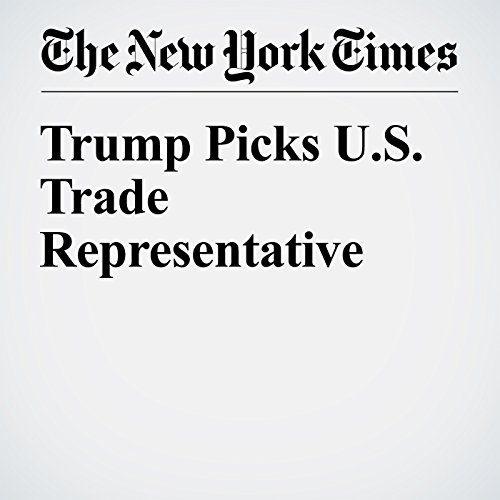 President-elect Donald Trump, whose campaign for the White House was centered on an anti-trade and anti-globalization message, on Tuesday selected Robert E. Lighthizer, an international trade lawyer who has argued in favor of protectionist policies in some cases, as his U.S. trade representative.