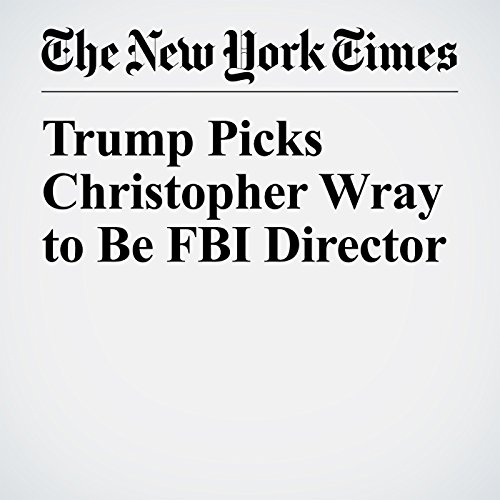 "Trump Picks Christopher Wray to Be FBI Director" is from the June 07, 2015 U.S. section of The New York Times. It was written by Glenn Thrush and Julie Hirschfeld Davis and narrated by Kristi Burns.