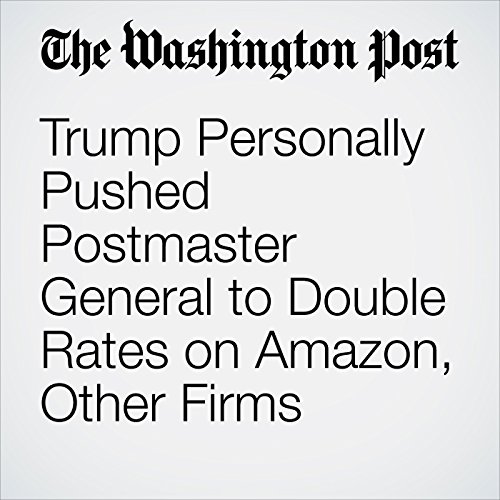 President Trump has personally pushed U.S. Postmaster General Megan Brennan to double the rate the Postal Service charges Amazon.com and other firms to ship packages, according to three people familiar with their conversations, a dramatic move that probably would cost these companies billions of dollars.

"Trump Personally Pushed Postmaster General to Double Rates on Amazon, Other Firms" is from the January 00, 1900 Business section of The Washington Post. It was written by Damian Paletta, Josh Dawsey and narrated by Jenny Hoops.