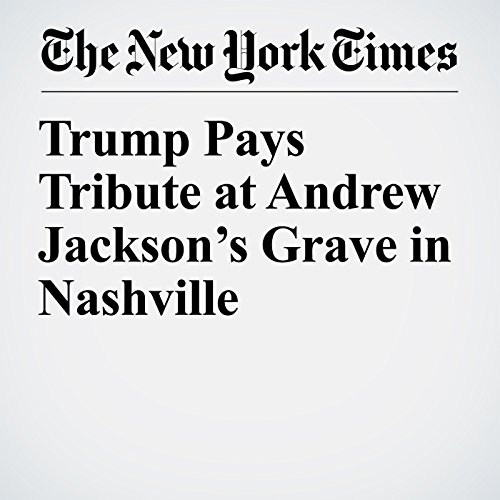 Jackson’s historical reputation has declined sharply in recent decades, especially among Democrats. The party that once celebrated him as a central pillar has rushed to remove his name from annual dinners and other symbolic places of honor, distancing itself from his record on slavery and the forced relocation of American Indian nations from the South.

"Trump Pays Tribute at Andrew Jackson’s Grave in Nashville" is from the March 16, 2017 U.S. section of The New York Times. It was written by Jennifer Schuessler and narrated by Keith Sellon-Wright.