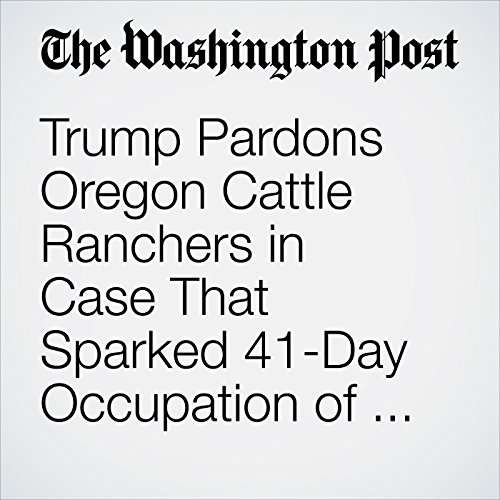 President Trump on Tuesday pardoned father-and-son cattle ranchers in southeastern Oregon who were sentenced to serve prison time on two separate occasions for the same charges of arson on public lands, a move their supporters hailed as a shift in how the federal government approaches the West.

"Trump Pardons Oregon Cattle Ranchers in Case That Sparked 41-Day Occupation of National Wildlife Refuge" is from the July 10, 2018 Politics section of The Washington Post. It was written by John Wagner, Juliet Eilperin and Mark Berman and narrated by Sam Scholl.