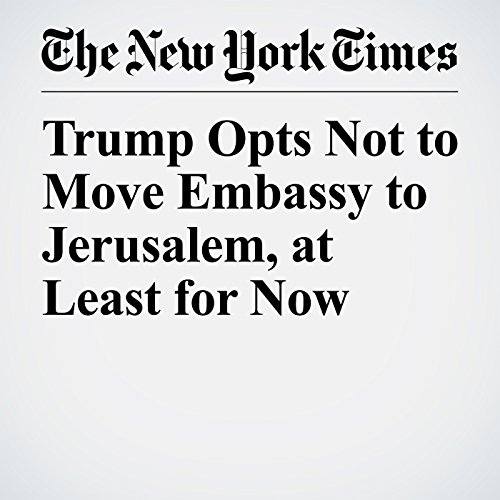 President Donald Trump signed an order keeping the U.S. Embassy in Tel Aviv rather than move it to Jerusalem as he promised during last year’s campaign, aides said Thursday, disappointing many Israel supporters in hopes of preserving his chances of negotiating a peace settlement.

"Trump Opts Not to Move Embassy to Jerusalem, at Least for Now" is from the June 01, 2017 World section of The New York Times. It was written by Peter Baker and narrated by Fleet Cooper.