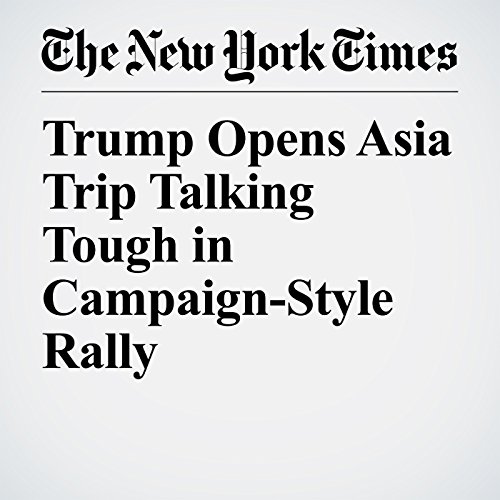 President Donald Trump kicked off an extensive swing through Asia with a campaign-style rally Sunday with U.S. troops in Japan, as he looked toward a lengthy trip likely to be dominated by talks on confronting the nuclear threat from North Korea.

"Trump Opens Asia Trip Talking Tough in Campaign-Style Rally" is from the November 05, 2017 World section of The New York Times. It was written by Julie Hirschfeld Davis and narrated by Keith Sellon-Wright.