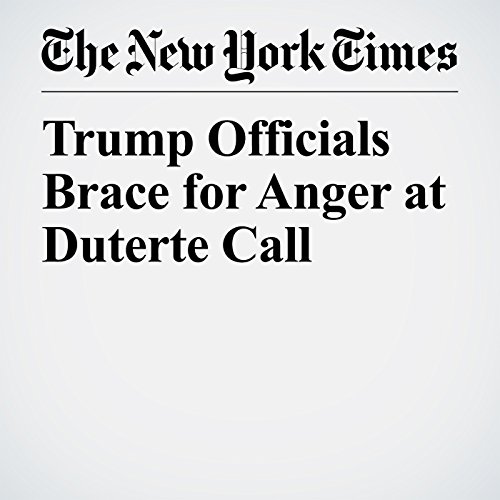 When President Donald Trump called President Rodrigo Duterte of the Philippines on Saturday, White House officials saw it as part of a routine diplomatic outreach to Southeast Asian leaders. Trump, characteristically, had his own ideas.

"Trump Officials Brace for Anger at Duterte Call" is from the April 30, 2017 U.S. section of The New York Times. It was written by Mark Landler and narrated by Keith Sellon-Wright.