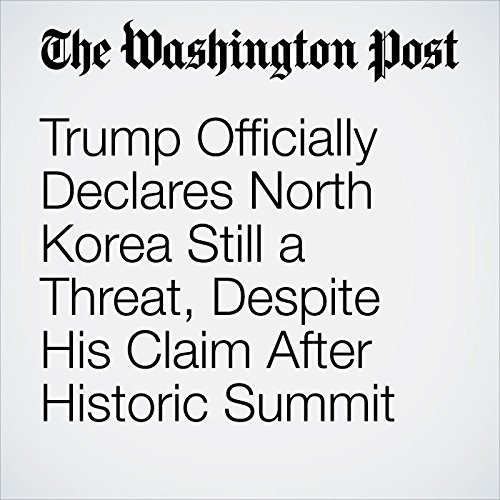 President Trump cited an “unusual and extraordinary threat” to U.S. national security as he acted Friday to maintain long-standing economic restrictions on North Korea, including the freezing of any assets in the United States.

"Trump Officially Declares North Korea Still a Threat, Despite His Claim After Historic Summit" is from the June 22, 2018 Politics section of The Washington Post. It was written by Anne Gearan and narrated by Jenny Hoops.