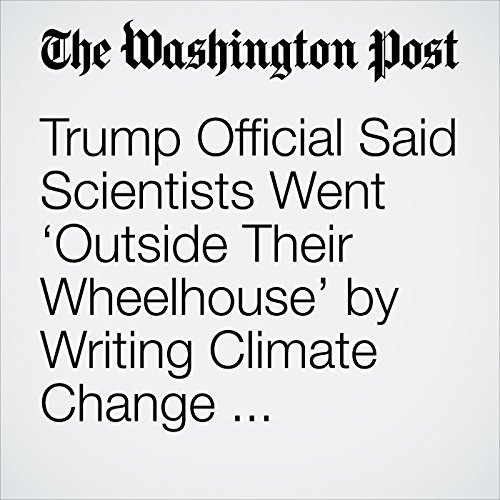 A U.S. Geological Survey study documenting how climate change has “dramatically reduced” glaciers in Montana came under fire from high-level Interior Department government officials in May, according to a batch of newly released records under the Freedom of Information Act, as they questioned federal scientists’ description of the decline.

"Trump Official Said Scientists Went ‘Outside Their Wheelhouse’ by Writing Climate Change ‘Dramatically’ Shrunk Montana Glaciers" is from the March 07, 2018 National section of The Washington Post. It was written by Dino Grandoni, Juliet Eilperin and narrated by Sam Scholl.