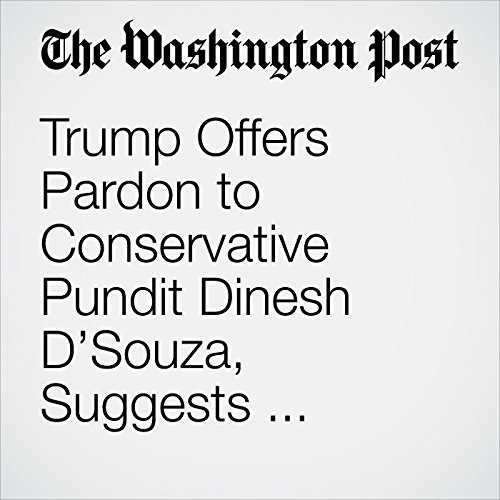 President Trump announced Thursday that he would offer a full pardon to conservative pundit Dinesh D’Souza, who pleaded guilty in 2014 to violating federal campaign finance laws but later said he was targeted for his conservative views.

"Trump Offers Pardon to Conservative Pundit Dinesh D’Souza, Suggests Others Could Be Coming" is from the May 31, 2018 Politics section of The Washington Post. It was written by John Wagner and narrated by Sam Scholl.