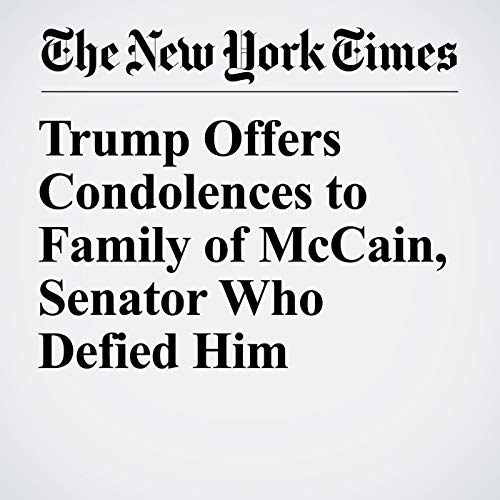 President Donald Trump offered his “deepest sympathies and respect” to the family of Sen. John McCain on Saturday night, setting aside a yearslong, bitter and often deeply personal feud between the two men that had lasted into the senator’s final days.

"Trump Offers Condolences to Family of McCain, Senator Who Defied Him" is from the August 26, 2018 U.S. section of The New York Times. It was written by Sarah Mervosh and Alan Yuhas and narrated by Keith Sellon-Wright.