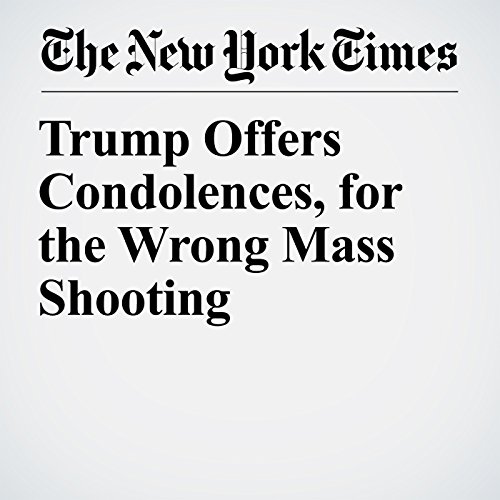 President Donald Trump appeared to offer his condolences for the wrong mass shooting Tuesday in a late-night Twitter post, which was later deleted.

"Trump Offers Condolences, for the Wrong Mass Shooting" is from the November 15, 2017 U.S. section of The New York Times. It was written by Eileen Sullivan and Michael D. Shear and narrated by Archie Montgomery.

Title accurate as is.

Story: Trump can't even get the little things right. What an embarrassment to our country.