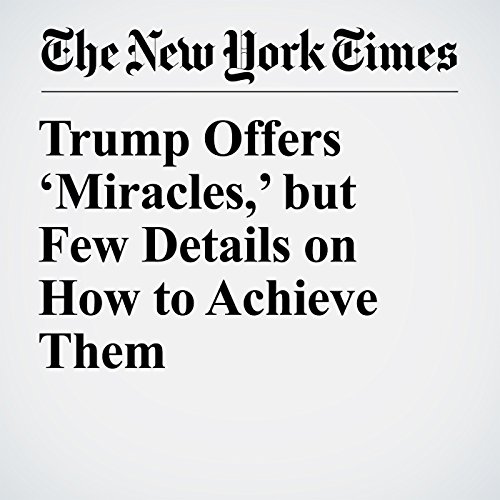 More jobs and economic growth. Less crime and poverty. New roads and bridges. “A nation of miracles.” President Donald Trump on Tuesday night offered a sweeping vision of the many ways in which he wants to improve the United States, but he said little about his plans for achieving those ambitious goals.

"Trump Offers ‘Miracles,’ but Few Details on How to Achieve Them" is from the March 01, 2017 U.S. section of The New York Times. It was written by Binyamin Appelbaum and narrated by Fleet Cooper.

Cosa pensano gli ascoltatori di Trump Offers ‘Miracles,’ but Few Details on How to Achieve Them