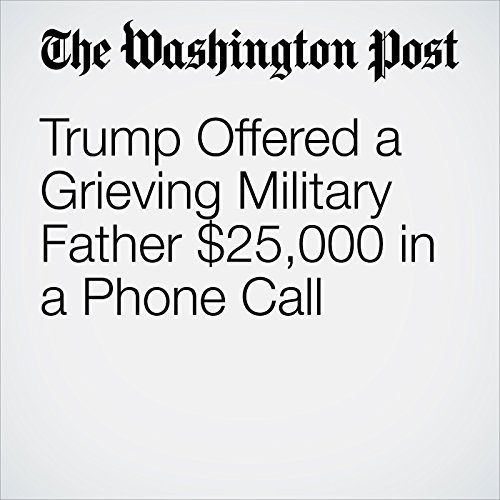 Trump Offered a Grieving Military Father $25,000 in a Phone Call

President Trump, in a personal phone call to a grieving military father, offered him $25,000 and said he would direct his staff to establish an online fundraiser for the family, but neither happened, the father said.

"Trump Offered a Grieving Military Father $25,000 in a Phone Call" is from the October 18, 2017 National section of The Washington Post. It was written by Dan Lamothe, Lindsey Bever and Eli Rosenberg and narrated by Sam Scholl.