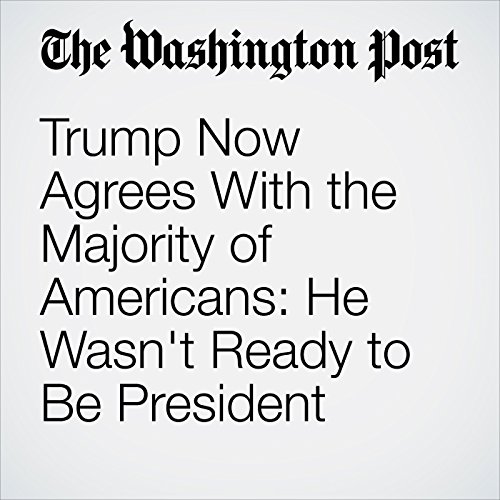 Donald Trump spent a great portion of 2016 insisting that being president would be easy — at least for him. HuffPost compiled a number of examples of him dismissing the problems that accompany the job as being easily dispatched. Building a wall on the border with Mexico is easy. Beating Hillary Clinton would be easy. Renegotiating the Iran deal would be easy. Paying down the national debt would be easy. Acting presidential? Easy.

"Trump Now Agrees With the Majority of Americans: He Wasn't Ready to Be President" is from the April 28, 2017 Politics section of The Washington Post. It was written by Philip Bump and narrated by Jill Melancon.

Cosa pensano gli ascoltatori di Trump Now Agrees With the Majority of Americans: He Wasn't Ready to Be President