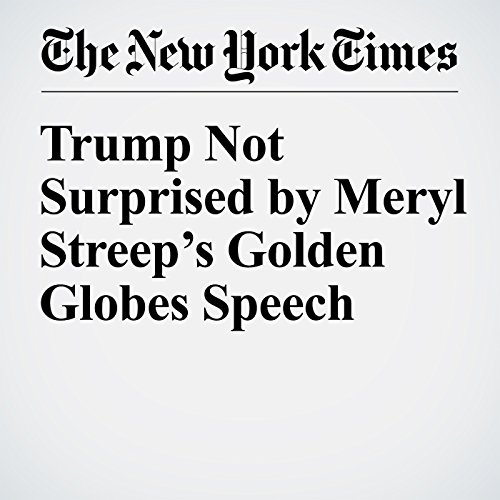 President-elect Donald Trump dismissed Meryl Streep as “a Hillary lover” early Monday morning after the actress, in a speech at the Golden Globes award ceremony, denounced him as a bully who disrespected and humiliated others.

"Trump Not Surprised by Meryl Streep’s Golden Globes Speech" is from the January 09, 2017 Arts section of The New York Times. It was written by Patrick Healy and narrated by Fleet Cooper.