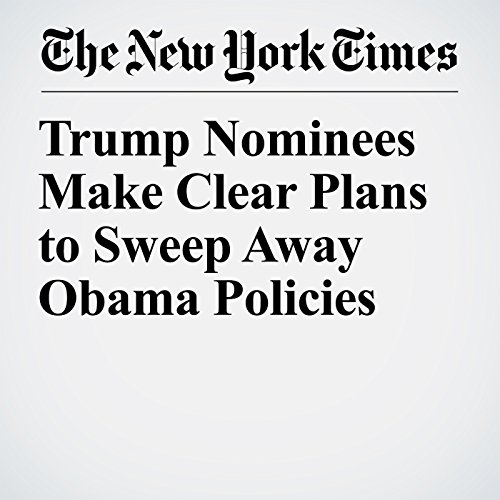 President-elect Donald Trump’s Cabinet nominees, while moderating some of their stances, have made it clear during two weeks of hearings that they intend to work hard to sweep away President Barack Obama’s domestic policy by embracing a deeply conservative approach to governing.

"Trump Nominees Make Clear Plans to Sweep Away Obama Policies" is from the January 19, 2017 U.S. section of The New York Times. It was written by Michael D. Shear and narrated by Caroline Miller.