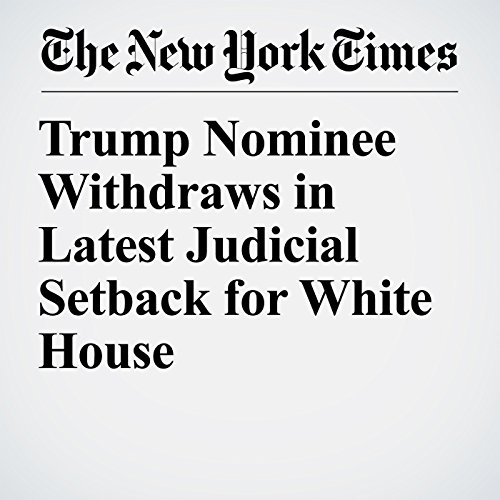 One of President Donald Trump’s federal judge nominees has withdrawn after he was unable to answer basic questions during his confirmation hearing about the courtroom process, showed little familiarity with federal trial rules and acknowledged that he had never prosecuted or defended a case.

"Trump Nominee Withdraws in Latest Judicial Setback for White House" is from the December 18, 2017 Politics section of The New York Times. It was written by Charlie Savage and narrated by Keith Sellon-Wright.