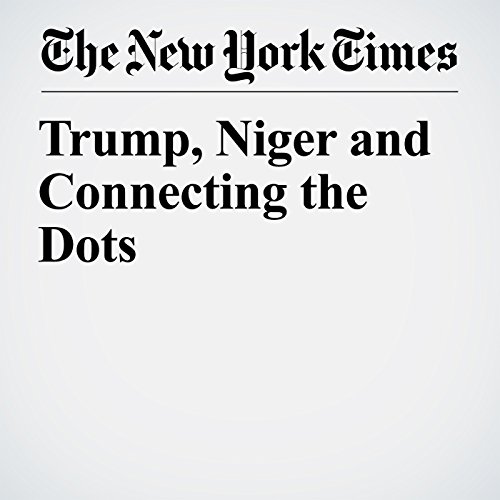 It is easy to ignore the recent story of four U.S. servicemen killed in Niger, the giant state in central Africa, because the place is so remote and the circumstances still so murky. That would be a mistake. Niger highlights a much larger problem — just how foolish, how flat-out dumb President Donald Trump is behaving.

"Trump, Niger and Connecting the Dots" is from the October 31, 2017 Opinion section of The New York Times. It was written by Thomas L. Friedman and narrated by Kristi Burns.