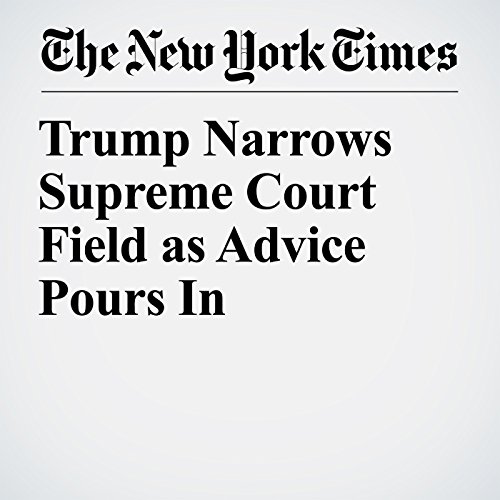 Signaling he has not yet settled on his pick for the Supreme Court, President Donald Trump on Monday morning worked the phones primarily seeking input about two judges who are apparently the finalists, Brett Kavanaugh and Thomas Hardiman, people familiar with the discussions said.

"Trump Narrows Supreme Court Field as Advice Pours In" is from the July 09, 2018 U.S. section of The New York Times. It was written by Maggie Haberman and narrated by Keith Sellon-Wright.